Node-RED 2.2 is now available to install. If upgrading, please read the upgrade instructions.

The main search dialog now keeps a history of your searches. This makes it easy to repeatedly search for the same thing. 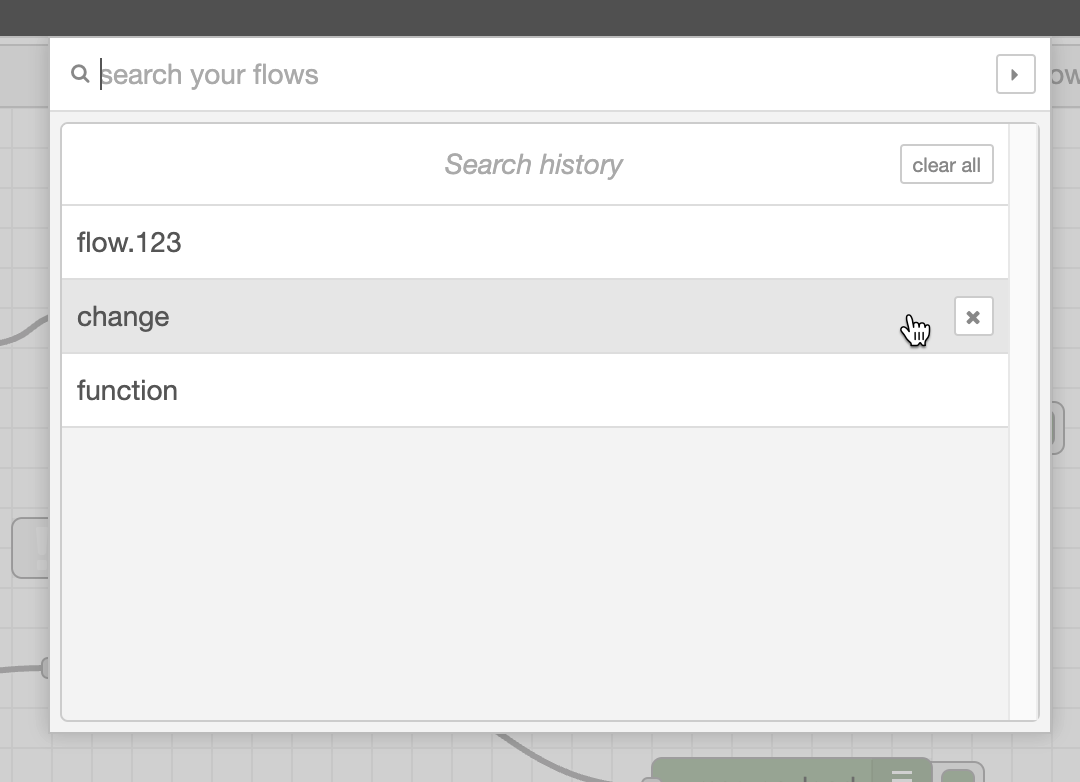 Under the View section of the main settings dialog, there are a pair of options to get the editor to remember the zoom level of the workspace, as well as the scroll position of individual tabs.

This is helpful if you prefer to have the workspace zoomed in - you don’t have to reset it every time you reload the editor.

With snap-to-grid enabled, nodes with hidden labels (for example, link nodes) can now be aligned on either their left or right edge. This will make it easier to get everything to line up in the workspace 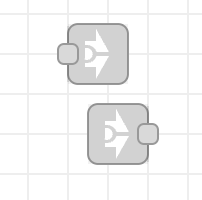 You can now delete a node from the middle of a flow and have the wiring automatically repair itself in the background.

This is done by holding the Ctrl (or Cmd) key when you press delete.

You can also detach a node from the flow without deleting it:

We haven’t assigned a default shortcut for that, but you can assign one yourself in the Keyboard pane of the Settings dialog. The action is called core:detach-selected-nodes.

You can also select multiple wires by ctrl-clicking on them.

When you select multiple nodes, we also highlight any wires between them. This can make it easier to follow a flow once you have selected it.

We’ve added the ability to remove wires by slicing through them. You do this by holding the ctrl (or cmd) key, then dragging the mouse with the right-hand button pressed:

If you have set output labels for a subflow template (via the Appearance tab of its edit dialog), the editor will now display those labels whilst you are editing the subflow template. 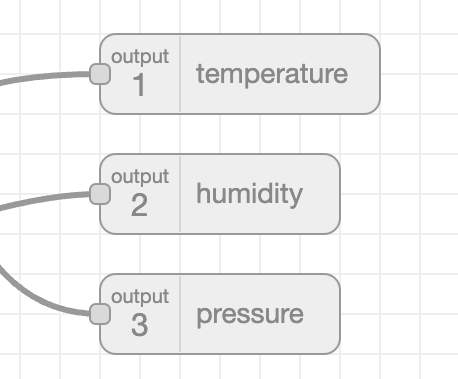 We have added a number of predefined Environment Variables that provide access to information about the node, group and flow at the point they are evaluated.

The guide for using Environment Variables in your flow is available here.

For example, in a Function node, you can do:

This is a new internal property of Nodes we’ve added that helps identify where exactly any node is within the overall flows.

The following may sound a bit abstract, and it’s something most users can skip over. But it can be useful when creating your own subflow modules with custom logging messages inside.

If a NodeA is on Flow1, it will have a path of Flow1/NodeA.

That isn’t very interesting, but it gets more interesting when dealing with subflows and, in particular, nested subflows.

The path property can solve that by providing the ids of the top-level flow and each subflow instance to identify exactly where the node is.

This property is exposed in the following ways:

Next on the release plan is Node-RED 3.0, scheduled for the end of April.

This coincides with Node.js 12 reaching its end of life.

As ever, if there are any particular features you’re interested in, now is a great time to jump into the forum to share your feedback.